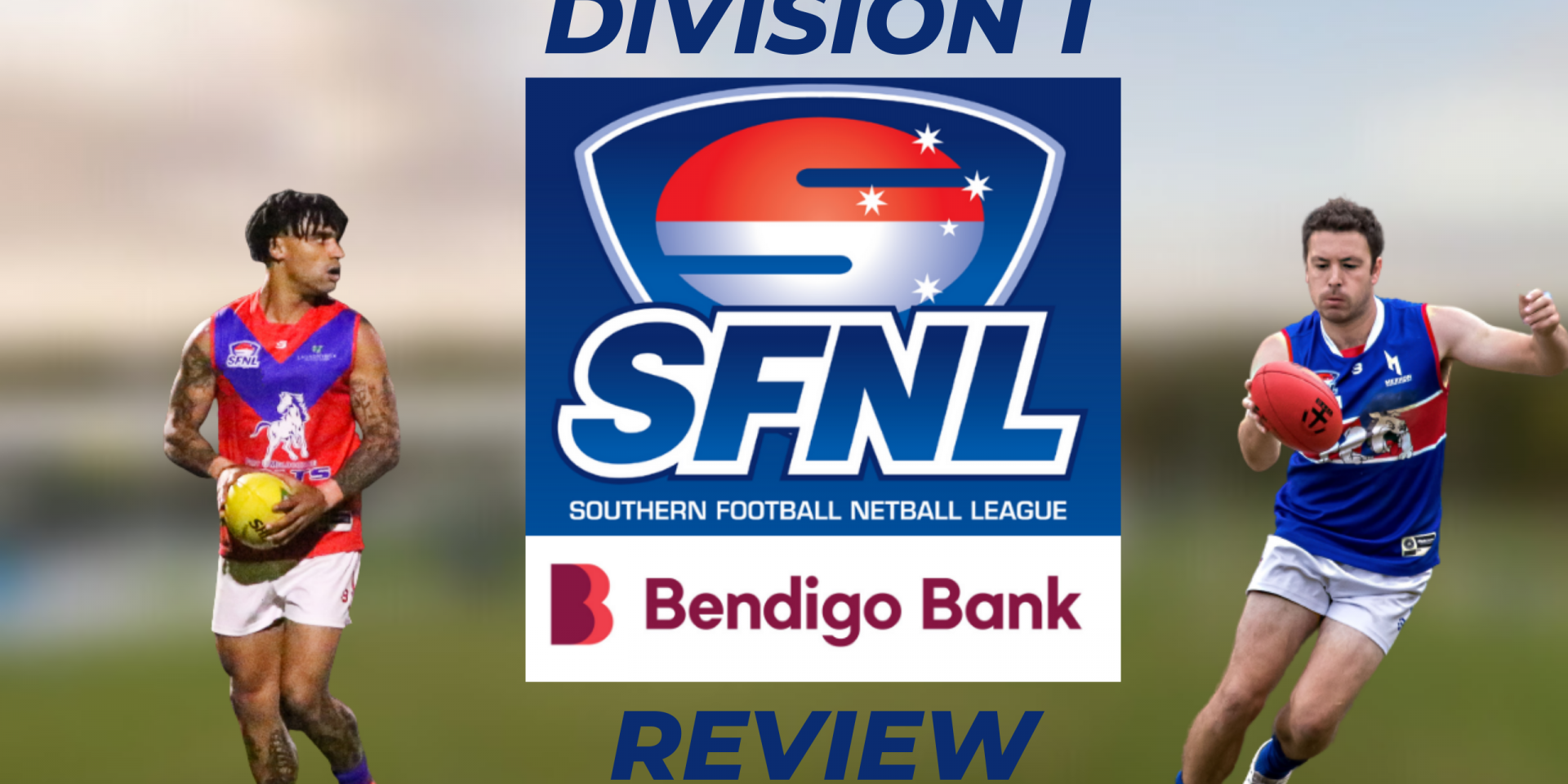 It was a round of thrills and spills in Division 1 this weekend as premiership favourites clashed and some underdogs produced some stirring performances to record impressive victories.

Mordialloc made it two wins in a row when they downed St Paul’s in convincing fashion at Ben Kavanagh Reserve on Saturday afternoon. The Bloodhounds were all over the visitors early, kicking six goals to one to put the Dogs on the back foot. The Doggies bit back in the second term to reduce the margin to two kicks but found themselves under the pump once again as the home side kicked three third quarter goals to open up a handy advantage. The game opened up in the final stages with both sides scoring freely but the home side’s lead was too great for the visitors to reel in. The final margin an even 30 points, 13.8-86 to 7.14-56. For the winners, Dylan Gregson and James Morris put in strong performances and Josh Tempany booted four goals in his first senior appearance for the season.

St Kilda City claimed their first big scalp of the season, the Saints pocketing the four points in their road trip to East Malvern over the weekend. Both sides were in good touch and on paper this looked to be one of the better match ups of the round. The first quarter was a tight tussle with just two points separating the sides before the Saints opened up a handy 29 point lead thanks to a five goal second term. The Panthers dominated the premiership quarter but couldn’t translate it onto the scoreboard, booting a miserable 0.7 for the quarter to keep them on the back foot. Four final quarter goals by the visitors well and truly put the final nail in the coffin as the Saints strolled away with an impressive 37 point win, 12.12-84 to 5.17-47. Aaron Edwards was in the goals once again with a haul of six and Brayden Irving and Daniel Degois were instrumental for City.

The match of the round between Port Melbourne Colts and Cheltenham lived up to the hype, with the Rosellas producing an impressive four quarter performance to hand the Colts their first loss of the season. The first quarter saw both teams come out with a bang, with some accurate kicking from the visitors helping them to a 15 point advantage. With just 14 points separating the sides at the main break the third quarter loomed as a critical passage to determine the direction of the game. But it was the Rosellas who made all the running, the visitors taking the game by the scruff of the neck with six goals to two to open up a match winning lead. The Colts rallied in the last with five majors but it was too little too late as Cheltenham steadied for a brilliant victory. The scoreboard reading 19.7-121 to 13.12-90 at the final siren. The result means that only Cheltenham is yet to taste defeat this season as they strengthen their claim as a flag fancy. Jackson Kilner had a day out up forward with five goals for the Rosellas, while Daniel Vaughan and Ben McDonald produced the goods with ball in hand. Chris Deluca was the best for the losers with two goals to go with plenty of the footy.

Oakleigh District broke through for their first win of the season when they knocked off Highett, 11.7-73 to 9.10-64, at Princess Highway Reserve. A dominant opening stanza set up the win for the home side with five early goals leaving the Dogs with plenty to think about at the quarter time huddle. The visitors responded in the second with three goals to one, cutting the margin to 15 points at the long break. But District wouldn’t be denied and once again got the game back on their terms to have victory in sight at the final change. The Dogs rallied once more but the task at hand was too great and the men in black and white held on for a stirring victory. Ryan Pearson was phenomenal for the victors with three goals in a best on ground effort which dragged his side over the line. Francesco Bonacci also continued his good form and both Xavier Cubillo and Jacob Bakes hit the scoreboard. Dimitri Petrakis finished with three goals for the Dogs and Will Bodman continues to give his all week in week out.

The final match of the round saw a big upset as Bentleigh dished out Dingley’s first loss in a gripping game of footy at Bentleigh Reserve. The Demons were sitting pretty at half time with a 15 point buffer after controlling much of the play in the first half. What happened next was scarcely believable though, as the Demons ran riot in the third term holding the visitors scoreless whilst slamming through five majors themselves. The Dingoes struck back in the last but were no chance of hauling in the 49 point three quarter time deficit. The Demons holding on for a famous victory 10.13-73 to 7.14-56. Josh Mackie and Sam Lewin combined with six goals between them for the victors, whilst Luke Nankervis and Hudson Thomas impressed across the four quarters. The result is a massive boost for Bentleigh who now sit 2-2 very much in the mix for a top five spot.