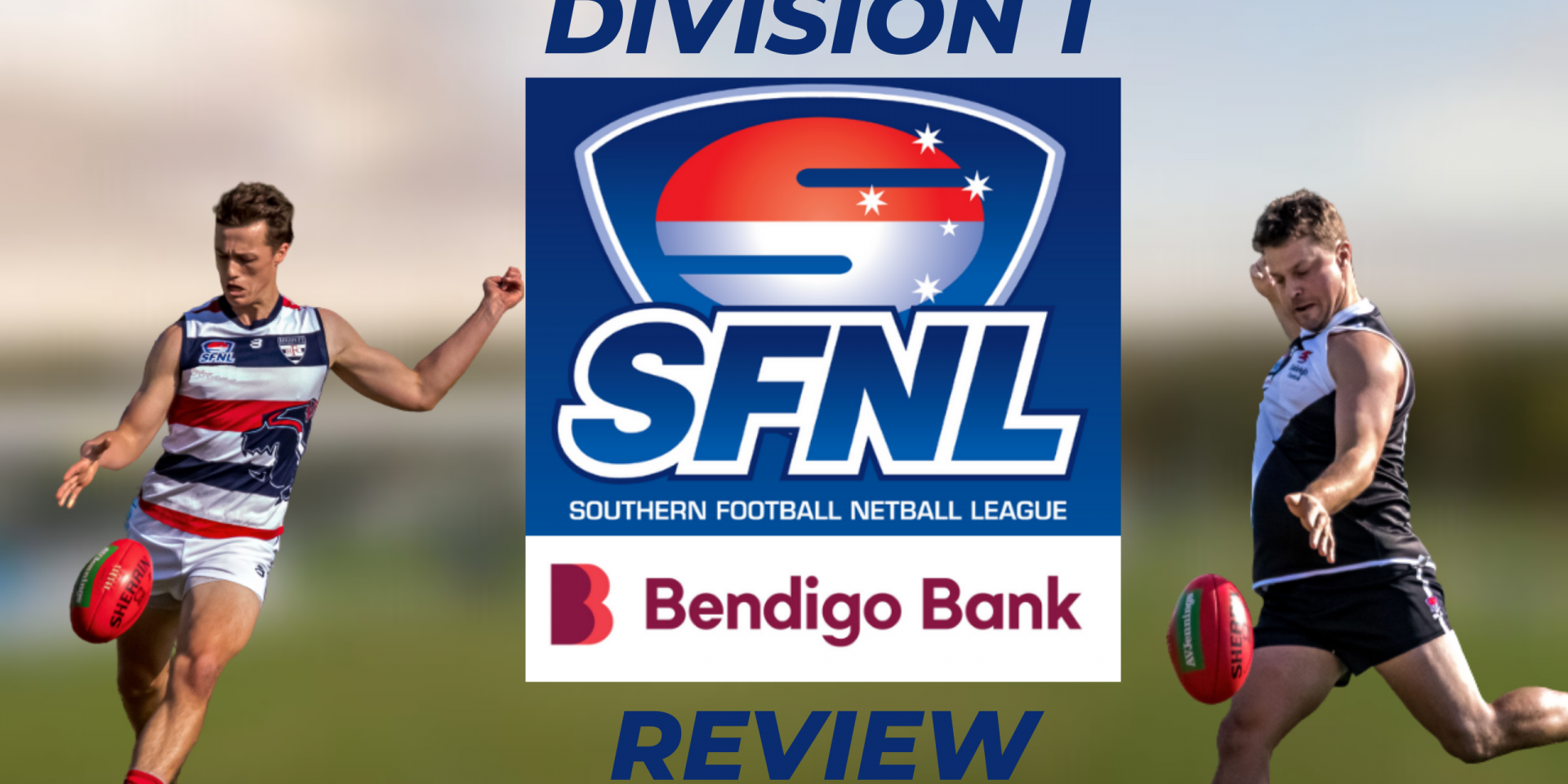 It was another cracking weekend of local footy in Division 1 with some big clubs making big statements in an action packed Round 5.

Cheltenham clocked up their fifth win of the season in a competitive game of football against Mordialloc at Jack Barker Oval. The unbeaten Rosellas entered the clash as warm favourites but the visitors were up and about early, taking a slender five point edge to the quarter time huddle. The second term was similarly a tight tussle with the home side able to squeak ahead by one point at the main change. But after the half time siren the Rosellas put their foot down, controlling the play and scoreboard to eventually pull away for a comfortable 27 point victory, 15.15-105 to 12.6-78. Another good spread up forward did the job for Cheltenham with nine individual goal kickers getting in on the act while Jackson Kilner backed up last week’s effort with a best on ground performance. James Morris and James Keighley put their best foot forward for the gallant Bloodhounds.

St Paul’s have finally broken through for their first win of the season with a big win over Oakleigh District. The home side desperately needed to claim the four points to break their duck but District entered the clash coming off a win with plenty of confidence. The Doggies dominated the opening stages with 12 scoring shots to two but frustratingly were only about to kick four first quarter goals. Conversely the visitor’s accuracy was keeping them in it, with five goals straight at half time seeing Oakleigh trail by just two straight kicks. But the Dogs would not be denied and made certain of the win with six final quarter goals sealing the deal and ensuring they would sing the song for the first time in 2021. The final score was a healthy one for St Paul’s as they ran out 50 point winners, 14.17-101 to 8.3-51. Steve Muller was the star of the show with seven goals in a dominant performance for the victors.

Dingley responded to last week’s shock loss with a resounding performance at the Peanut Farm against St Kilda City. The Dingoes seem to find their best when they have a point to prove and this game was no exception. The visitors started strongly to take an early lead before the Saints settled and got the game back onto even terms. Dingley always managed to keep themselves at arm’s length however and were in the box seat with a 20 point buffer at the final huddle. The game opened up completely in the final stanza and it was the visitors doing all the running. The Dingoes piled on nine goals to two to walk away with a sensational victory, 17.12-114 to 7.11-53. Chris Horton-Milne was superb with three goals and Kristen Feehan led the way with ball in hand. The Saints will be disappointed with their final quarter fadeout but Daniel Degois and Tyle Williams gave it their all for their team.

East Malvern snapped their two game losing streak in empathic fashion with a whopping 149 point victory over Highett. The game started in competitive fashion before the Panthers killed the contest with nine second quarter goals opening up a massive halftime lead. The goals didn’t stop for the visitors after the break either, with a ridiculous 15 goals to one in the second half capping off a ruthless performance. The final score was a sorry tale for the Dogs, 27.16-178 to 3.11-29. Luke Duffy had a day to remember with a big haul of eight goals, while Tim Johnston also got on the end of half a dozen majors. With ball in hand it was Ben Timms and Sam Burls who did all the damage. The young Doggies were simply no match for the class and toughness of the visitors but Will Bodman continues to impress with another lion-hearted performance.

The final match of the round saw Port Melbourne Colts respond to last week’s loss with a solid victory away from home against Bentleigh. The Demons entered the clash up and about after a ripping win last weekend but knew they would have to produce something similar to make it two in a row here. It was a cracking opening half with both sides trading goal for goal in an entertaining and tight affair. But a five goal third term by the Colts saw them take a lead which they would never give up, the visitors rattling on another six final quarter goals to put an explanation mark on a brilliant second half. The final score 17.13-115 to 11.14-80. The Colts shared the goals around with 11 individual goal kickers with Rikki Newton leading the way with four majors. Max Mitchell-Russell was instrumental in the win as was the returning Marley Williams who made a difference. The Dees were gallant and there’s still plenty to like about Pete Pirera’s men who are just one game outside the top five. Mitch Smart and Hudson Thomas were the best for the home side on the day.