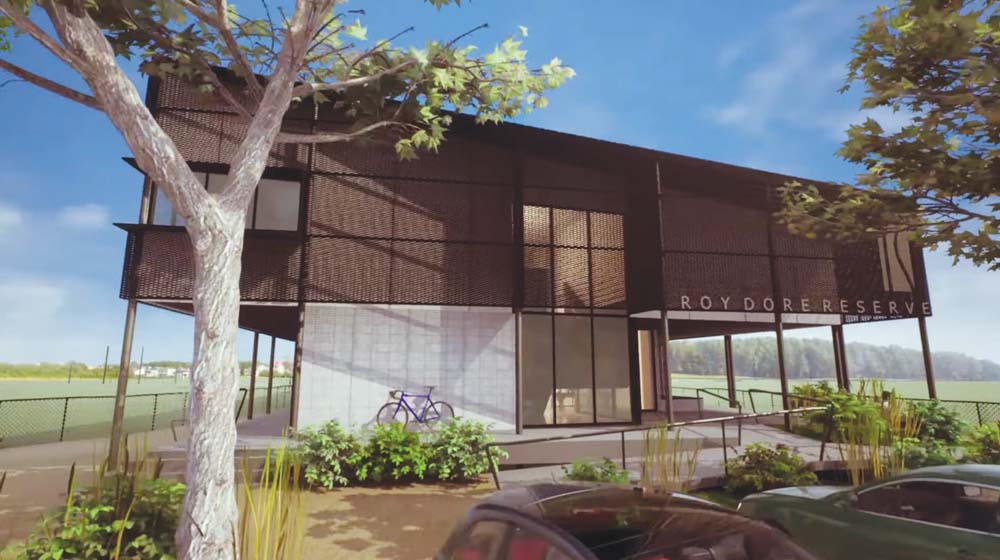 The Granddaughter of Carrum Football Club legend Ivan Guy has floated the idea of naming the new multi-storey pavilion at Carrum’s Roy Dore Reserve in honour of her famous footballing family.

The proposed ‘Guy Pavilion’, currently under construction as part of a $9 million sporting precinct redevelopment, would celebrate the extraordinary achievements of the Guy family, whose connection to the Carrum Football Club (now Carrum Patterson Lakes Football Netball Club) spans multiple generations over the best part of a century.

RELATED: The Good Guys of Carrum

In particular, the name would honour living legend Ivan Guy who, in addition to his impressive achievements as both a player and a coach, was instrumental in the club’s move from the old Keast Park to its current home at Roy Dore Reserve in the late 1950s.

Fiona Smith, Ivan’s granddaughter, told GameFace Community News that naming the new community sporting facility after a man, and indeed a family, that devoted such a large portion of their lives to serving the community through sport would be a fitting tribute. 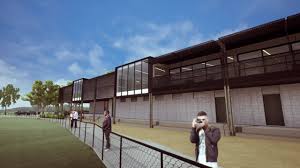 “My Pa has always been about the community and bringing people together, and that is exactly what happened when he was involved in the football club,” Ms Smith said.

“It would be a real honour for the whole history of the football club, and also the whole Guy Family, including my Pa, all his brothers, his mother, his father, all the kids that have played there, the grandchildren and the great-grandchildren.

Ivan Guy won three Best & Fairest awards and multiple premierships as a player, before coaching the club to consecutive premierships in the 1973-74, which included a remarkable club-record streak of 35 consecutive wins.

Ivan’s brothers Wally, Eric and Raymond, and sons Gary and Leslie were all prominent players at the club, while multiple grandsons and great-grandsons have also pulled on a Lions jumper.

And Ivan’s parents, Willie and Ruby May, also volunteered at the club as far back as the 1920s. Ruby May is recognised as the club’s first ever life membership recipient.

Ms Smith said she had been considering raising the idea with the City of Kingston for some time, and that it would be wonderful for her grandfather to be around to witness the honour.

“It’s quite sad when a lot  of these honours are given to people after they’ve passed, and the fact that he’s 92, still fit and healthy… to have him actually be alive and witness it, to see it happen would be something of his wildest dreams,” she said.

“(The honour would be something) he would never have bestowed upon himself, so it’s something that I feel that he deserves, and the whole family (deserves). 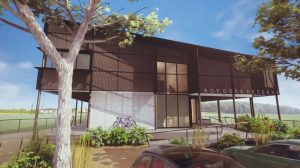 “It’s something I have been thinking about for a while, since the old building got pulled down, and it just feels right now to do it.”

City of Kingston City Assets and Environment General Manager Samantha Krull said that while Council is aware of the community interest, they are yet to receive a formal application for a commemorative name for the pavilion.

“Kingston Council, like other municipal councils in Victoria, is obliged to follow certain statutory requirements when it comes to naming its roads, features, buildings and localities across the city,” Ms Krull said.

Once completed, the Roy Dore Reserve sporting precinct will be a massive boost for the local community.

The $9 million project is being delivered in three stages over an expected four-year period.

The COVID-19 pandemic has not greatly affected the construction timeline, with Stage 1 works, which include construction of the two-storey sports pavilion, cricket net upgrades and new oval lighting, remaining on track for its scheduled completion at the end of the year.

Ms Krull said the Kingston Council is excited to be delivering the project in partnership with multiple stakeholders for the benefit of the local community.

“Kingston Council is excited to be delivering the redevelopment of the Roy Dore Reserve is partnership with the Victorian Government, Sports Australia, AFL Victoria, Cricket Victoria and local sporting clubs. Despite these uncertain times, Council is working hard to deliver this important project for the local community and the project is on track to complete stage 1 works by the end of 2020,” Ms Krull said.

“This new development will provide the local Carrum community with high quality, accessible sporting facilities to enjoy for decades to come.

“The new pavilion will replace aging infrastructure that is no longer fit-for-purpose and encourage better participation in local sport particularly for women and girls.”

In addition to the Stage 1 works, the project will also include the construction of a new tennis pavilion, upgrades to tennis courts and Oval 1 fencing, and the installation of new scoreboards for both ovals.