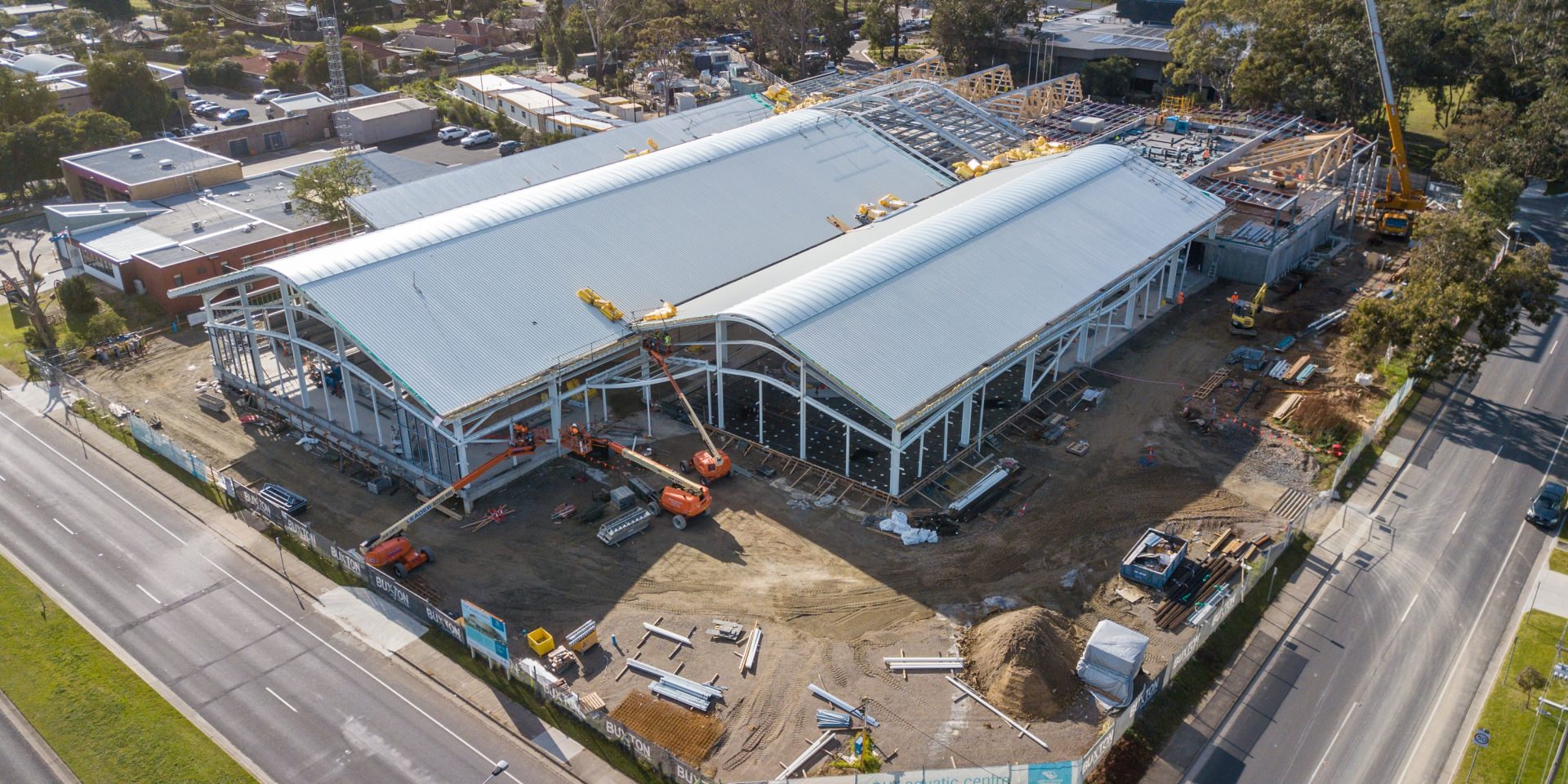 There is a popular saying used regularly as part of life’s rich tapestry – ‘if it is to be it’s up to me’.

That was the attitude of residents throughout the Mornington Peninsula in their pursuit to have a new public pool built in Rosebud.

After the pool on the foreshore closed down in 1995, there was indecision from the Mornington Shire council about whether to build a new one. Three feasibility studies were commissioned to decide if a new pool should be built and, if so, where, with the foreshore ruled out.

There was also the issue of what size the pool should be. Most residents wanted the traditional Olympic size of 50 metres, but the council wanted it to be 25 metres.

There was already a 25 metre public pool at Colchester Rd in Capel Sound, which is privately owned, and two schools in the region had 15 metre pools, including Sorrento Primary. 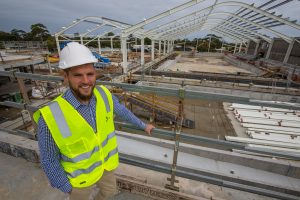 Parents were concerned that students from many schools in the area could not get access to these pools, so many primary schools did not even have swimming programs, meaning students from 5 to 12 were struggling to learn how to swim locally on a regular basis.

Betty Preston is one of the older residents on the southern part of the Peninsula, who had been pushing for a new pool since the old one closed 25 years ago. She has been manning stalls weekend after weekend in busy shopping precincts on the peninsula and stayed the course as more members of the public offered support to campaign the council for a new pool or even aquatic centre.

Jo Whelan, a mother of three, was one of those locals frustrated that there was not an indoor pool that the community could access and began gaining public submissions and support especially by using social media.

“I was very passionate about it and Betty, who has been magnificent in her campaigning, needed assistance from the community and we found out there were many people who wanted an indoor pool and actually did not care where it would be located as long as one was built,” Whelan says.

She got involved in the project in 2017 and helped the Indefatigable Preston increase the number of public submissions from 3,000 to 15,000.

In an ideal world, the public thought basing it near the sporting facilities such as Olympic Park was ideal, but in the end, next door to the Mornington Shire offices got the nod.

Whelan says she spent over eight months on this project, putting pressure on the councilors to vote in favour of it.

“For a long time, only two councillors were in favour of it, especially Antoinetta Celi, who has supported the construction of the pool from day one, with most sitting on the fence,” she says.

Whelan says they had the support of swimming’s peak bodies, Swimming Australia and Victoria, the Department of Education and Water Polo Victoria and Australia, along with Surf Life Saving Victoria, but it was still touch and go on the night of the vote as to whether the councilors would say yes in the majority.

“The Rosebud Town Hall was used as the venue for the council vote as they were expecting a huge community turn out and the council chambers could not hold such a crowd and that’s what they got. We knew some councilors were dead against it and were not going to be swayed, but it all rested on the votes of the undecided ones, and the rest was history,” she reflects proudly.

Whelan, who is one of these people that fills every moment of every day, says she was so fatigued from all the campaigning she and all the other residents had done, once the vote was held and it was good news.

“I work in Melbourne and my son Oliver was in swimming squads and they trained in the city, so we were always on the go up there. The fact that Oliver loves his swimming and wants to go as far as he can in freestyle and butterfly is one of the main reasons why I pushed so hard for the Pool,” she says.

“There are other families with children in elite squads as well living locally and it would be fantastic, if they had an Olympic size high quality indoor pool in their backyard.”

The aquatic centre is state of the art, with a 50 metre indoor pool, a ‘learn to swim’ pool, warm water program pool, a multi-purpose room for health and fitness classes, a gym, a wellness centre featuring consulting, steam and sauna rooms, and caters for specialist services such as physio, massage, relaxation, older adults and sports recovery.

There will also be a café and high priority disability services, including ramp access to all pools at a cost of $45 million, with the Federal Government contributing $5 million, and it’s expected to be completed by December.

Whelan says it has everything the community wanted, although in an ideal world the implementation of slides would be good.

“The Peninsula Aquatic Recreation Centre (PARC) was able to pay off it’s aquatic centre well ahead of schedule because it had slides. MSAC, the Melbourne sports and Aquatic Centre also recommended slides, but unfortunately there were other costs the council needed to look after,” she says. 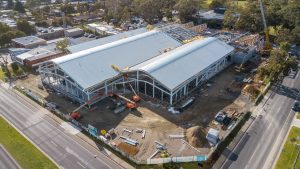 Those charges refer to a $200,000 bill in coming up with a name for the building with a company called Studio Binocular, which was appointed in December 2019 to help name and brand the aquatic centre.

This was a complicated process seeking naming suggestions for names from the public, establishing a naming panel, a workshop and a review panel. There were initially 114 names put forward and the finalist were three indigenous names – Yawa (meaning to swim), Barbawar (meaning Stingray) and Gunawarra (meaning black swan) – and in May, the council went with YAWA as their preferred name.

Long time sport and leisure business, Belgravia, won the tender to manage the centre and Whelan hopes they will allow an external swimming club to train there.

Her son Ollie was training with the Mornington Peninsula Flyers before Covid and he wants to go back and train with them.

“Yes, the Whelan family and many other families with children training with the Flyers want that club based at the new centre,” Whelan says with a smile.

She says it’s vital all schools get access to the Aquatic Centre, but stresses it is vital everyone has access to it. “We have worked too hard to get this new facility built and the public deserve it.”

‘In 2017/2018, there were 12 million people, most of them visitors, spending time in our beautiful part of the world. It’s a fantastic place, but how much better is it going to be with this new aquatic centre,” she says excitedly.

Although the sky is the limit with the potential use of the new aquatic centre, as former Australian water polo player and architect, Ryan Moodie, who helped design the building, is keen on setting up a water polo program as well.

Whelan, who is trained as a nurse, is keeping her fingers crossed that the pool won’t sit there idle because of Coronavirus when it is ready to operate in four months, but she issues this warning – “unfortunately we are likely to be in lockdown for a while yet.”

Whatever happens, those Mornington Peninsula coastal town residents have to thank the likes of Betty Preston, Jo Whelan and numerous others in the community for their hard work, determination and passion, which has ensured this magnificent new modern YAWA Aquatic Centre has seen the light of day in Rosebud.