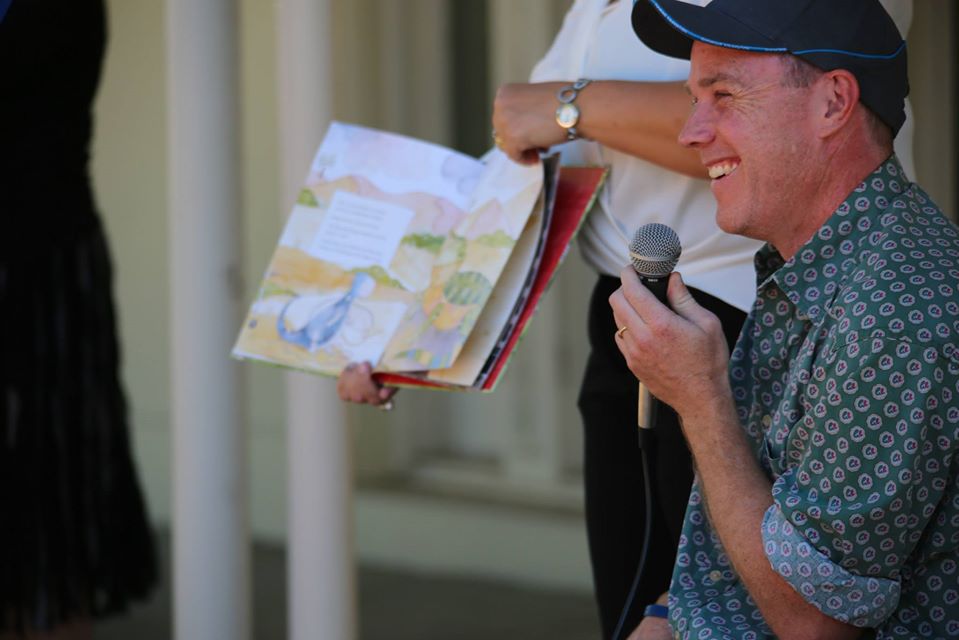 Now, according to Wikipedia, ‘bibliotherapist’ is a book therapist in that they are writers or storytellers with the main purpose of healing. 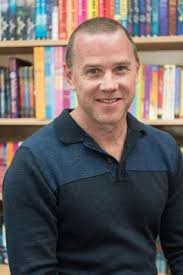 Patrick Guest from Mornington likes to call himself a Bibliotherapist. He is a successful physiotherapist after firstly becoming an accountant, although he was a cobbler at 16.

“I have never been afraid to try things and remember I was cobbling when still at school,” Patrick says.

He decided accounting wasn’t for him and then opted to study physiotherapy, which he has never regretted. “I love it. My opening line to a first-time patient is ‘tell me your story’,” he says with pride.

His physiotherapy career has included a long involvement with the Mozambique Olympics team as their physio at the Sydney Olympic Games in 2000 and Bejiing in 2008. He was also planning to go to Tokyo, which would be on right now.

“My wife, Lisa, encouraged me that I had one more Olympics in me. Only time will tell whether I will go next year to Tokyo provided the games are on,” Patrick says.

The father of three’s skills and competencies are not just limited to cobbling, accountancy and physiotherapy. He is also an acclaimed author of children’s books aimed at pre-schoolers to early primary school age. 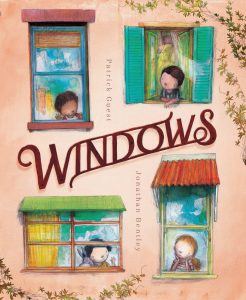 He has written six books, with the latest one just released called ‘Windows’. As you would expect with these books containing wonderful pictures and illustrations there would be a positive message and Patrick, despite some hardships and tragedies, is the personification of positivity.

He is the second eldest of seven children, with four brothers and two sisters. The fourth boy and middle child died of a heart attack in 2012, which obviously was devastating for his family. But if there is a silver lining, and typical of the giving Guest clan, was that Bryan was an organ donor.

Patrick based this gesture on one of his early books, Rabby the Brave, after the youngest of his two sons, Reuben, lost his toy rabbit. Rabby the Brave was one of four best pals and one of them, Snuggles, is left outside and Rabby and his friends have to try and save him, which they do. Snuggles does lose an ear, eye and leg, but still survives. 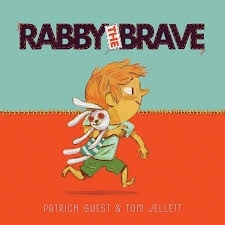 “That was an emotional book to write thinking about Bryan,” Patrick says. But, like all his works, they are based mainly on his family, especially his eldest son, Noah, who suffers from Muscular Dystrophy.

“He suffers from the most severe form of this illness, so it’s progressive, which means his lung capacity is diminishing,” he explains.

That has put another obstacle in this inspirational family’s life as Patrick, being a physiotherapist and an essential service, has for the second time this year had to move out of their Mornington home with Victoria’ COVID-19 restrictions reaching stage 3 again.

He admits it’s tough not being with wife Lisa and the kids, but tells them to treat him like he’s got it.

“I sometimes think the kids are doing better without me. I am always on the go. Lisa’s very calming and doing well. She is a full time mum, teacher and nurse. We need to praise the stay at home parents for all that they do,” Patrick says. 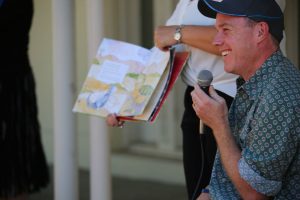 As usual, he finds a positive out of not being able to live with his kids, although he still sees them regularly – even if it might mean interaction with Noah from outside his bedroom window, where Patrick  is planting a copious amount of trees.

“It’s council land, but I have got permission. The local nurseries have been great and I am starting to feel like a bit of an expert with my knowledge of the different types of trees,” he says with a chuckle.

Being an author or writer was something Patrick never thought about doing. 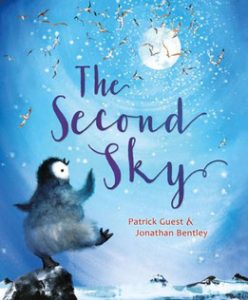 “I was actually dobbed into it by Lisa as the Duchenne Foundation, which is the name for Noah’s Muscular Dystrophy diagnosis, was looking for someone to write a book about the Foundation’s mascot, a dragon called Bluey,” he remembers fondly.

The rest as they say is history, with all his books generally have a link to his children.

“The first one, the Ricker Racker Club, was about a boys club that Noah and Reuben had invented, but my message to the boys was be good to your little sister, Grace, and make it a girls club as well,” he says.

“The next one, which has been well received internationally, The Second Sky, was based on Noah as was number three, Tiny Dancer, illustrated by an Italian artist, Gianluca Giancarlo.

“There was real life tragedy associated with both of these books, but the narrative was about coming out on top in the end.”

When Noah was diagnosed with his condition, understandably both Patrick and Lisa were shocked. He remembers poignantly: “There was no ‘poor us’ moment, but more of a lag between of us grieving and the diagnosis was discovered when Lisa was pregnant with our daughter, and we decided then and there to call her Grace, as in saving and amazing, so we were excited about her joining our family.” 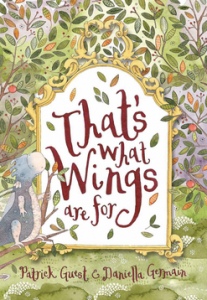 Grace is now eleven and for the Guests another bump in the road. She was born with William Syndrome, which is a developmental disorder.

Patrick actually believes it could be Gracey Syndrome. ‘’ She is joyful and positive all the time and has been the inspiration behind my latest book, windows.”

“He is so patient when reading a book to Grace and you need to be patient when reading to Grace. When we moved into our current house, initially he slept on a mattress on the floor in Noah’s room and even though he now has the biggest room in the place, he still chooses to sleep at times near his brother,” Patrick comments with great admiration in his voice.

Patrick has many more books on the go that he is writing, including one with Noah called “Beaver and Beasts’.

“I can’t wait for this one to be released. Tex Perkins, the lead singer of well known band the Cruel Sea, has narrated the audio version of it.” 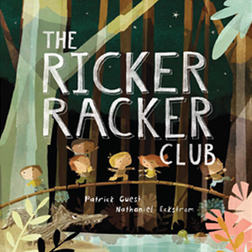 Patrick had an outstanding childhood through his two terrific parents in Terry and Helen. “I could not have better role models and we were always happy. I have constantly lived by the motto. The two most important days in your life. The day you are born and the day you work out why.”

Patrick has often had the ability to think outside the square when writing and coming with ideas for the book and the dress up box is one of the few children”s books, which mentions rent. “We were moving into an old house at the time and I took the attitude. You never know when you have to relocate.”

He admits you don’t make a fortune as an author. The overseas markets do help from a monetary level and he and his main illustrator, Jonathon Bentley is in the process of working with American publishers in getting Windows published over there.

“This has been tough to ensure the artistic process is not butchered as those publishers were looking at taking the meaning of the book down a different path,” he says. 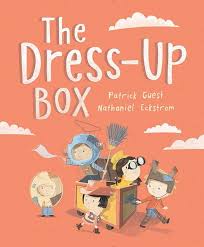 Patrick is proud that the books can be sold in the Netherlands, Korea and Italy. A patient purchased a book in Italy, which Patrick got a real kick out of.

Despite the many challenges and tough moments in Patrick Guest’s life so far, he has achieved so much with his thirst for imagination and creativity and a want to make people happy especially children.

This Mornington Bibliotherapist is on a roll and it doesn’t look like ending anytime soon!