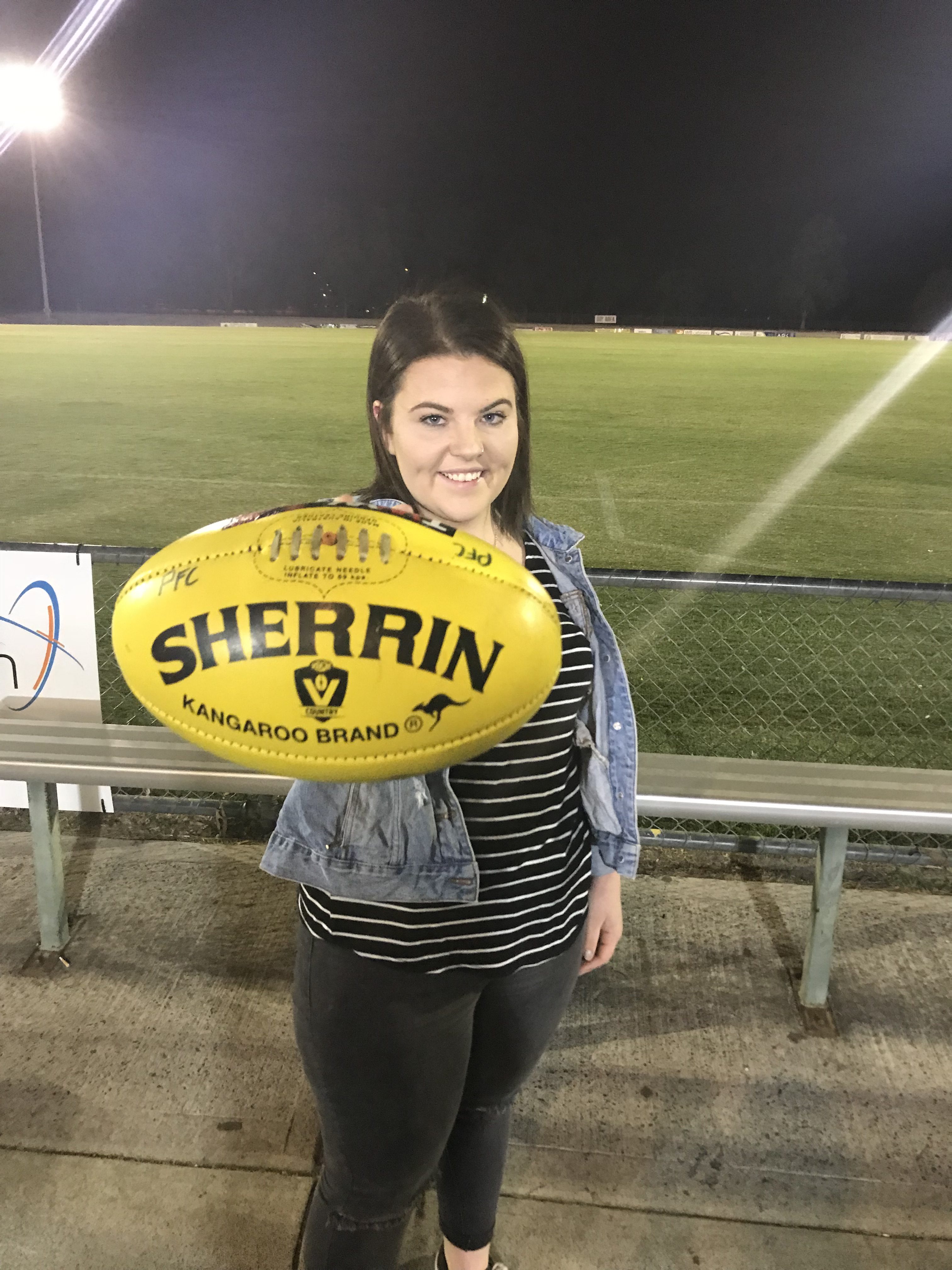 Having played at Officer for over 50 games, Boyd has made the transition to Pakenham, to play a bit closer to home. Excited by the prospect of playing alongside some friends and new faces, Boyd is keen for the season ahead, and in particular to take on her old side, Officer.

The key position player spent the early part of her career locking down the full-back role but has spent the majority of her time at full forward and was Officer’s leading goalkicker for two years running.

Football runs in her blood, and she describes her association with the game as “a family activity.”  Her Great Grandfather, Lenny Webster represented Essendon at AFL level, and Boyd is also a passionate Bombers’ supporter, idolising the likes of Jobe Watson, David Zaharakis, and Anthony McDonald-Tipungwuti.

Having tried her hand at netball through junior ranks and at School, Boyd found her true passion to be football and she is pleased it has stayed that way.

Everyone at GameFace is keen to see how Molly goes lining up at her new club, and wish her and Pakenham all the best for the season ahead.