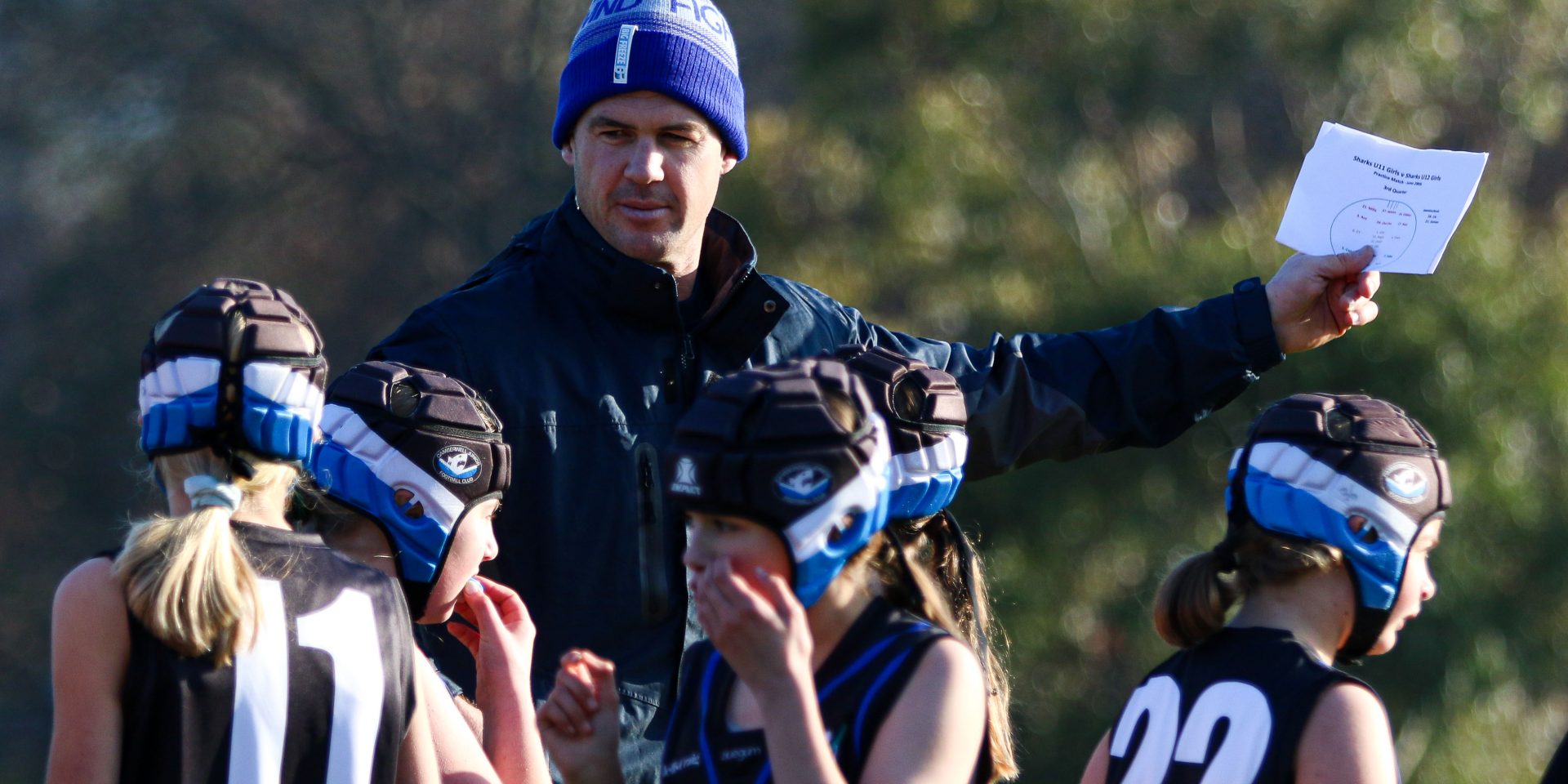 When it comes to greats of the game, you can’t look much further than Three-time AFL premiership player and former captain of the Brisbane Lions, Jonathan Brown.

Browny, who played 256 games for the Lions from 2000 to 2014 has since hung up the boots to focus on his media career, a regular panel member on Fox Footy and the co-host of the NOVA 100’s breakfast show “Chrissie, Sam & Browny”.

But come Sunday mornings, he swaps the mic for the assistant coaches hat, aiding his daughter Olivia, and her U/11’s team at the Camberwell Sharks Junior Football Club in the Yarra Junior Football League.

The Yarra Junior Football League is one of the largest junior football leagues in Australia with over 11,000 players, boasting recent AFL Draftees in Matthew Rowell, Noah Anderson and Isaac Quaynor, and AFLW draftees in Daisy Bateman, Tilly Lucas-Rodd and many more in both competitions.

Camberwell is one of the largest clubs in the competition with 32 teams and children aged 8-17 years-old pulling on the Sharks jumper.

And with all the experience around the game that Browny has, he admits he’s a little out of his element when it comes to coaching the kids.

“It’s all care, no responsibility for me,” Browny said with a smile, “I rock up, get handed the team sheet and yell out a few directions”.

But his leadership still shines through from the bench, explaining how he tried to pass a message onto his son, Jack, and his U/8’s team at training.

“I gave the U/8 boys a great spray the other night, one of the great sprays of all time for not listening, no expletives of course, but at the end of it they all started laughing at me, I might still have some work to do” Browny laughed.

Head coach of the U/11 Girls, Cameron Knight, told GameFace how he’s excited to have Jonathan Brown involved at the club. “As a coach, it’s exciting, The girls are so privileged to have someone like him giving his expertise, and for myself as well as a coach. We’re very lucky to have him.”

“Between the two of us, we’ve played over 250 AFL games and won three premierships, so there’s that too”. Knight laughed

Browny does have some fair coaching experience however, as he’s been the head coach of the Hampden interleague team since 2017.

“I do have an interest in coaching, so where it leads down the track, I’m not sure. I might get sick of the early mornings at some stage and decide to put the coaches hat on (in the AFL)”, Browny told GameFace.

“It’s a fair apprenticeship though isn’t it, the U/11 girls, and assistant, assistant coach of the U/8 Boys”, Browny dismissed.

Browny also spoke on how important the return to junior football has been for the Camberwell Sharks teams. “Footy’s back on the TV and the kids want to play, It’s Important to keep them active and to get them out there with their friends again”.

“The club has been able to build up a great culture here, two really good grounds down here at Lynden Park, It’s a great family orientated culture down here, a good community hotspot for everyone to come along and enjoy each other’s company”.

“Under some stricter rules, of course, training has been a bit difficult with no tackling, our tackling was a little bit off early this morning”, Browny said.

Following the announcement of multiple local football and netball leagues in Victoria calling for the cancellation of their seasons, Browny spoke in regards to the Hampden Football Netball Leagues decision to cancel the 2020 season.

“It is disappointing, but I can understand it with the payment of players and the cost to run the teams and the competition”.

“With no crowds, that really is the lifeblood of country and suburban football”. Browny said.

“Hampden is a great competition, it’s improved tenfold in the last decade, the last few years have had some fantastic recruits and some good juniors coming through. The quality of the competition is fantastic and is really building momentum – as evident by our interleague results”. Browny explained.

“Hopefully the Hampden league, and local footy, in general, can return to the similar quality that they’ve had in previous years”.

The Yarra Junior Football League looks to kick off in two weeks on July 12th, with strict COVID-19 protocols in place.