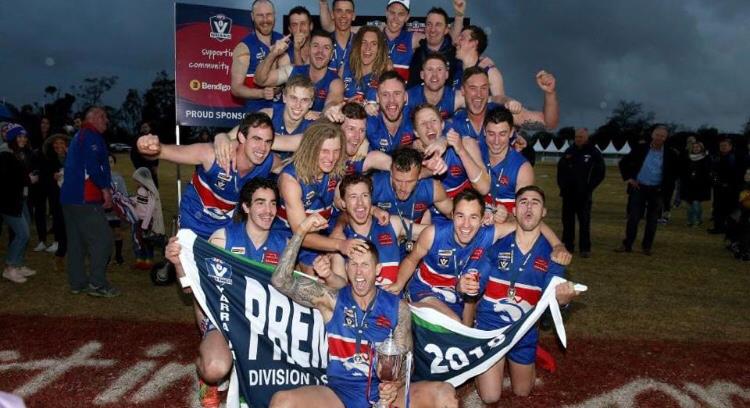 The Wandin Football Netball Club seniors were the last premiers of the Yarra Valley Premier Division, and this year they will showcase an elite attack in their venture to go back-to-back.

Key forward Justin Van-Unen was a superstar for the Doggies last year as he fell just short of 100 goals (96) in what was already an elite forward line.

Van-Unen’s pace and freak ability around goal was a standout and with the additions of some more big names, he will certainly have less attention on him in the forward-50.

Those big names include returning Michael Fowkes who has kicked as many as 114 goals in a season before for Wandin.

The son of the clubs president is excited with the move home after some time in the EFL after missing out on a flag whilst out of the league.

Fowkes will add some firepower to what is already a huge forward-line.

“We feel that’s going to be a real strength forward of center,” Head coach Nick Adam said to GameFace.

Daniel Gorringe is the other big piece that is joining the Doggies this season who is a huge inclusion physically and for the team.

Pick 10 in the 2010 AFL Draft, Gorringe spent time at AFL level with Gold Coast and Carlton before playing a season for Park Orchards alongside Michael Fowkes.

Gorringe is a genuine 200cm player with a great ability up forward who is likely to pinch-hit in the ruck.

In his first year in charge of the group, Nick Adam hinted the recruiting might not be over yet.

“We’ve got some eyes in the fire still with some others,” Adam says.

Stay tuned to the GameFace – Outer East Facebook page for full interviews out of Wandin as we head into a big 2019 season.