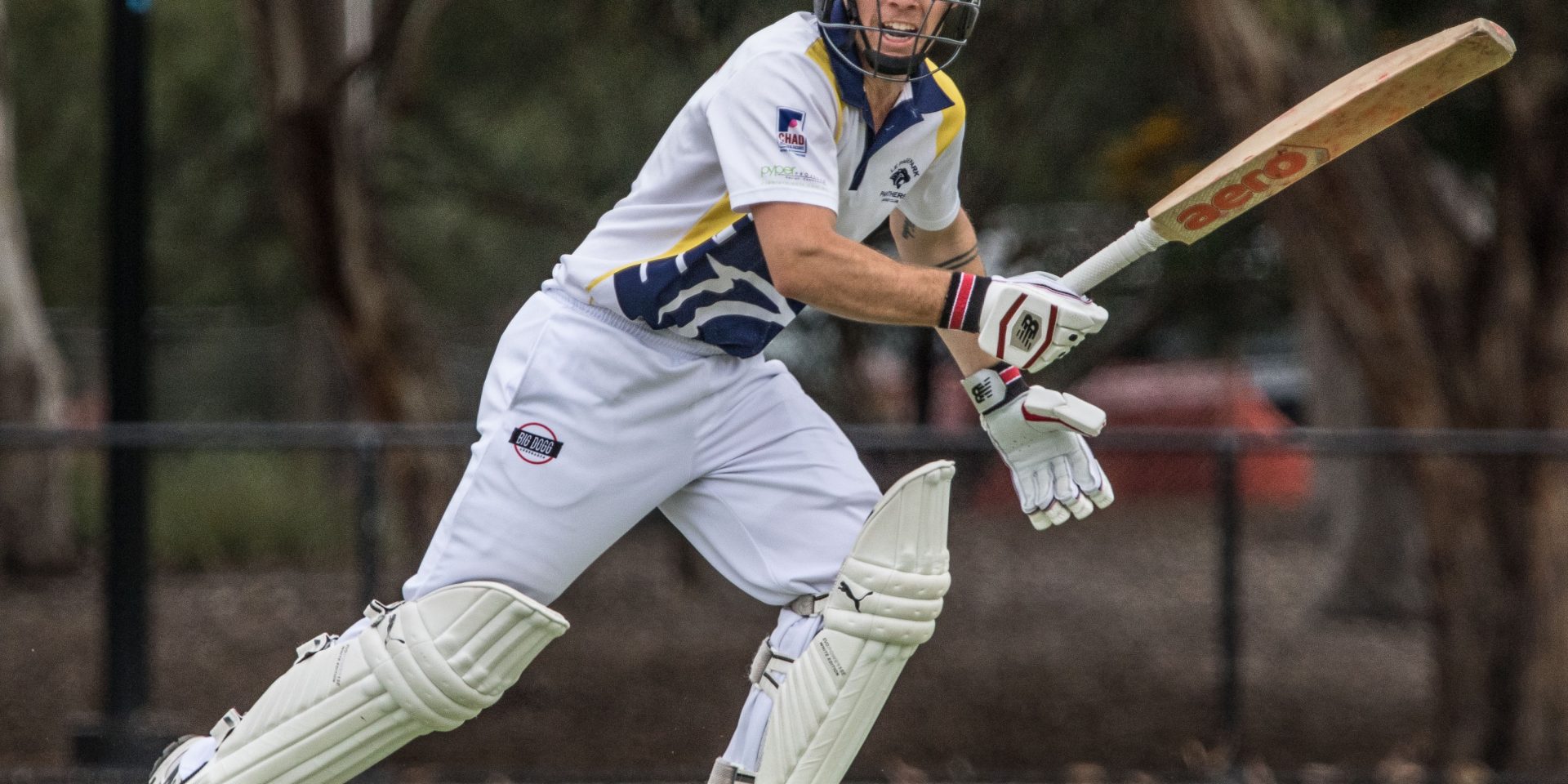 Le Page Park is through to the Longmuir Shield grand final after a 27-run victory against Elwood at Le Page Reserve.

In a low scoring affair, a half century from Steve McConchie proved to be a decisive factor with the bat.

McConchie top scored with 59 runs in a patient innings that included six fours and a six, while Joel Melnjak finished with 31 runs.

The end result was a target of 144, with Mitch Clarke snaring four wickets for Elwood while Adam Howard and Rob De Haan each finished with two.

In reply, Elwood struggled to get out of the gates, with the Panthers’ bowling attack on the front foot and making life tough for Elwood’s batting line-up.

Chandika Ranathunga and Jarrod Bradley combined for the last nine wickets of the innings as Elwood was dismissed for 117, with Clarke top scoring with 40.

Washington Park is through to the Woolnough Shield grand final after a resounding 106-run victory against Omega.

Verrall and Middleton put together a 42-run stand for the fourth wicket, while Middleton and Gary Slaughter (27 runs) put on 54 for the sixth wicket.

Patrick Burnell was the lone multiple wicket taker for Omega, finishing with 2-57.

Omega struggled during their run chase, losing wickets at a quick pace with opener Leigh Dawkins finishing with a patient 31 runs.

His efforts were in vain however, with Slaughter snaring 4-27 while Chris Williamson and Liam Adlington each taking two wickets.

Wilton scored 158 runs from 143 deliveries including 24 boundaries and four sixes as the Panthers chased down their target of 231.

Wilton put together partnerships of 126 with Edi Melnjak (26 runs) and 108 with Glenn Czosnek (39 runs, seven fours) as Le Page reached their target in the 50th over.

Their efforts came after Kingston Heath enjoyed a strong start, with opening batters Oisin Gribben and Tim De Munk put on 110 runs for the opening stand.

Gribben top scored for Kingston with 85 runs with De Munk putting on 57 runs as Kingston got the runs on the board early.

The loss of three wickets in quick succession halted momentum temporarily before Gribben partnered up with Andrew Swain (41 runs) for a 70-run stand.

After Gribben’s dismissal however, Kingston suffered a lower order collapse, losing their final six wickets for just 31 runs to be all out for 231.

Michael Knight and Morgan Dennis each finished with three wickets for Le Page, while Gribben was the lone wicket taker for the Kookaburras.