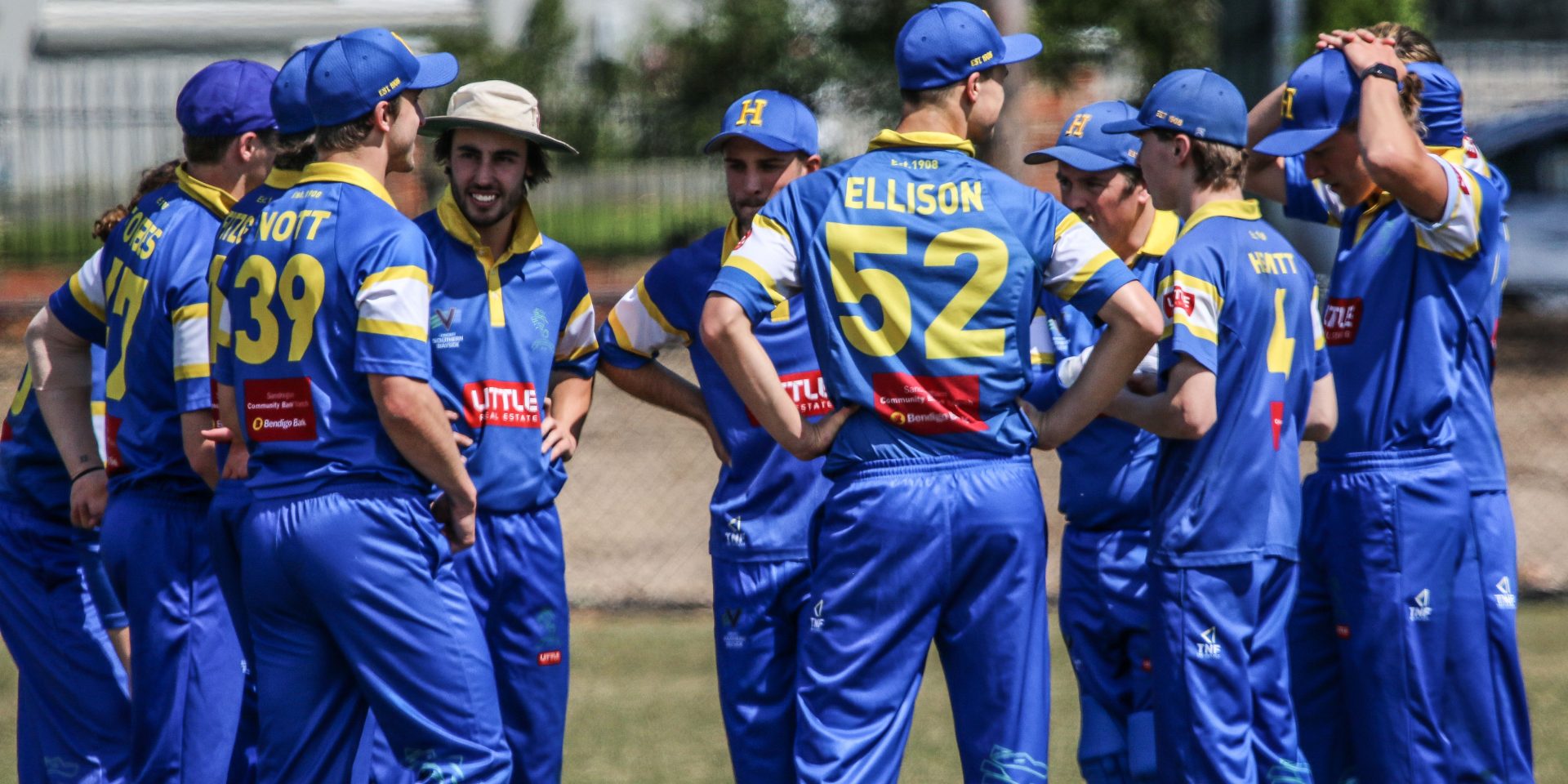 Hampton is through to the championship grand final after a well-earned five-wicket victory against Parkdale at Boss James Reserve across the weekend.

After being sent into bat by the victors, Parkdale struggled to get any sort of momentum together during their innings, eventually dismissed for 159 after 60 overs.

The Hampton bowling attack was simply too potent, with Charlie Ross and Thomas Marron each claiming three wickets, while Daniel Forbes took 2-37.

Top scoring with the bat for Parkdale was Anthony Reid with 33 runs, while James Grande scored 26 and Jack Stearman 25.

In reply, Hampton fell into some trouble early, and an upset looked to be on the cards as they fell to 5-63.

Forbes came to the rescue however, forging a match winning 97-run partnership with Abe Kenny to steer their side across the line.

Forbes finished with a strong 78-run performance, including eight fours and a six, while Kenny finished with 34 runs and Jeremy Lawlor 23.

Facing Hampton in the grand final is South Caulfield, with Lewis Mildenhall almost single-handedly batting them to the final game of the season, helping them to a 126-run win against Carnegie.

Mildenhall put together a stunning knock of 146 runs, a patient innings which included 12 boundaries, putting on a 107-run partnership with Will Russell, who finished with 53 runs.

Mildenhall and Sampson began their partnership with their side in some early strife at 3-21, but the pair combined expertly to steer their side into triple figures before Russell was dismissed.

But Mildenhall picked up the slack again, this time forging an 87-run stand with Dan Ford to have South in a position to declare at 7-274 with Mildenhall falling just short of 150.

In reply, Carnegie got off to a solid start with Ayush Tokuta (39 runs) and Abhilash Sharma (35 runs) batting well early, but they were never able to transform their solid starts into a fine innings.

A mini middle order collapse cost them dearly as well as Carnegie were under to withstand the pressure placed upon them, eventually dismissed for 148.

Jonathan Curtis snagged four wickets for South while Mildenhall finished with two, with Thomas Chippendale and Rahul Chauhan each taking two for Carnegie.

Minor premier Murrumbeena is through to the division one grand final after defeating McKinnon by a comfortable 118 runs at Murrumbeena Park.

Matthew Morris (70 runs, eight boundaries) and Brad Kruger (62 runs, 10 boundaries) got their side heading in the right direction, putting on a 119-run partnership for the third after the loss of two early wickets.

Malan Madusanka was in excellent form with the ball, taking 5-64 while Wade King took 3-60.

McKinnon wasn’t able to make much inroad with the bat however, falling to 4-31 early on before eventually being dismissed for 125.

Dylan Thomas top scored with 29 runs while Jake Halasz and King each finished with 21 runs.

After their stellar efforts with the bat, Morris and Kruger were equally as dangerous with the ball, each taking three wickets while Tom Kelly claimed two wickets.

Aspendale will face off against Murrumbeena in the division grand final after dispatching Mentone by 130 runs at Mentone Reserve.

The victors were sent in to bat by the home side, and it looked to be the right decision as Aspendale fell to 6-82.

Ethan Wright and Harley Dale came to the rescue however, putting together an innings saving 87-run stand for the seventh wicket, with Wright top scoring with 71 runs and Dale putting together 34.

After both were dismissed in quick succession, Alex Cortese and Callum Dodson wagged the tail and picked up where they left off, putting on another 90 runs before Aspendale was all out for 259.

Alex Spender was the leading wicket taker for Mentone with 4-40 while Lewis Oliver snared two wickets.

In reply Mentone struggled to get out of the gates, losing 3-8 before Simon Cormie and Matthew Walker got going.

The pair put on 45 runs before Walker was dismissed for 23 runs, leaving Cormie leading the charge.

The opening batsman finished on 70 runs not out but his efforts weren’t enough as his side fell well short of their target.

Chelsea got the job done against Clayton District to book their spot in the division two grand final in an upset 79-run victory.

Chelsea endured a slow start, losing 4-55 early, before Syed Hussain and Shadir Hassen came to the rescue with an 82-run partnership for the fifth wicket.

Both players scored a half century, with Hussain scoring 61 and Hassen 51 as they spearheaded the remainder of the innings.

While no one else from Chelsea was able to reach a half ton, with Lakpriya Peiris closest with 36 runs, their remaining batters were able to put on enough runs to steer their side to 9-237 at stumps on day one.

Trent Thompson was the pick of the bowlers for Clayton with four wickets, while Jak Jowett and Ash Plozza each claimed two wickets.

Clayton fell into a similar hole to start their run chase, losing 4-57 before the likes Rasdev Singh (38 runs), Stewart Levy (29 runs) and Vinerjit Sandhu (29 not out) put together solid efforts with the bat.

It wasn’t enough however, as Clayton were dismissed for 158, with Jason Eastwood claiming three wickets for the victors, while Tiron Fernando, Riley Julicher and Peiris all finished with two.

South Caulfield is through to the grand final after a tight two-wicket victory against Port Melbourne at Princes Park.

Port won the toss and elected to bat first, but weren’t able to generate a whole lot of momentum throughout their innings, with seven batsmen reaching double figures but all failing to go on with their innings.

Jack Rodnight top scored with 39 for Port, while Bruce Will finished with 23 as finished at 7-162, with Luke Russell in fine form with the ball for South, snaring 5-51.

In reply, South were in some trouble early, falling to 4-39 before Kevin Harris righted the ship, putting on 38 runs with Russell before combining with Rowan Purkiss later in the innings to put on another 59 runs.

Harris fell shortly after making his half century but South were able to find the last few runs during the dying overs to get across the line, passing their total in the final over.