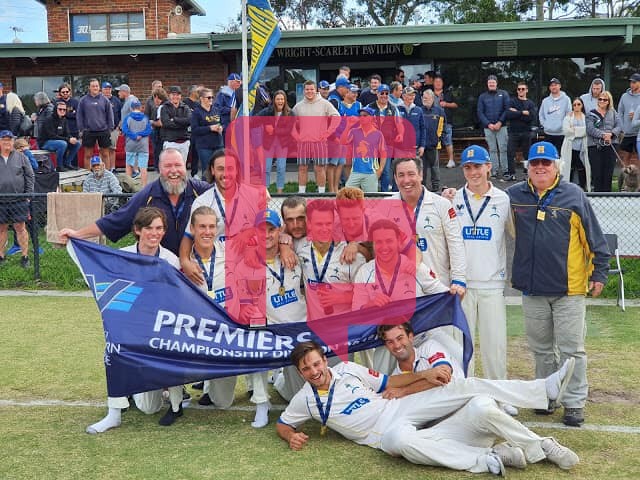 Hampton has been crowned CSB Champions after a resounding 129-win against South Caulfield, with young opening batsmen Michael Fitzgerald providing a starring role.

Fitzgerald put together a patient, and unbeaten 119-run effort, which included seven fours, and put together a 124-run partnership with Daniel Forbes, who scored 65 runs as Hampton finished at 7/255.

Fitzgerald’s innings proved to be a matchwinner and throughout the 80 overs, he was able to keep the scoreboard ticking over, even after the dismissal of Forbes.

Lachlan Mahon was damaging with the ball for South, taking 4-68 while Kanishka Alvitigala finished with two wickets.

South struggled to gain much momentum during their run chase, with Lewis Mildenhall top scoring with 40 runs while Brad Erasmus and Alvitigala the next highest scorers with 14 runs. In the end Hampton was just too good with the ball, with Jeremy Lawlor snagging 3-16, with Thomas Marron and Forbes each finishing with two as South was restricted to 126.

In a high scoring affair, Murrumbeena has come away with a hard fought 50-run win against Aspendale, with a superb effort with the bat getting the job done.

Opening pair Xavier Ross and Man-of-the-Match Matt Morris put together an excellent start, with a 166-run opening stand with Ross falling just shy of a century with 96 runs (13 fours, one six) and Morris finishing with 85 runs (14 boundaries).

Brad Kruger picked up the slack when Morris was dismissed, making 67 runs and combining with Ross for a 57-run stand as Murrumbeena put together a target of 6/332.

Tom Cleaver and Mitch Allen were the leading wicket takers for Aspendale with two each.

In reply, Aspendale didn’t get off to a great start with the loss of a wicket after just three deliveries.

While some members of the top order were able to get starts, it was middle order batsman Jack Sullivan giving his side a chance.

But in the end their efforts weren’t enough as Aspendale was all out for 282, an admirable score in itself, but just short of their target.

Joe Smith-Butler was the leading wicket taker with three for Murrumbeena, while Kruger and Morris each finished with two wickets.

Chelsea have completed their second upset in two weeks, defeating South Caulfield in the grand final by five wickets.

South Caulfield won the toss and elected to bat first, putting together a target of 201 with Sam Holten top scoring with 41 runs, while Billy Sanger scored 34 and Oliver Bradley 32.

While they were able to put together several solid partnerships to tick over 200, the efforts of a balanced bowling attack got the job done, with Riley Julicher snaring three wickets with Lakpriya Peiris claiming two wickets.

Chelsea’s run chase didn’t get off to the best start with the loss of three early wickets, before Hasitha De Silva and Josh Symons righted the ship.

De Silva put together an unbeaten 85 runs while Symons scored 41 as they put together a solid partnership before Symons’ dismissal.

Both Ben Marsh and Shadir Hassen scored 22 runs towards the end of the innings as Chelsea was able to surpass their target in the 67th over.