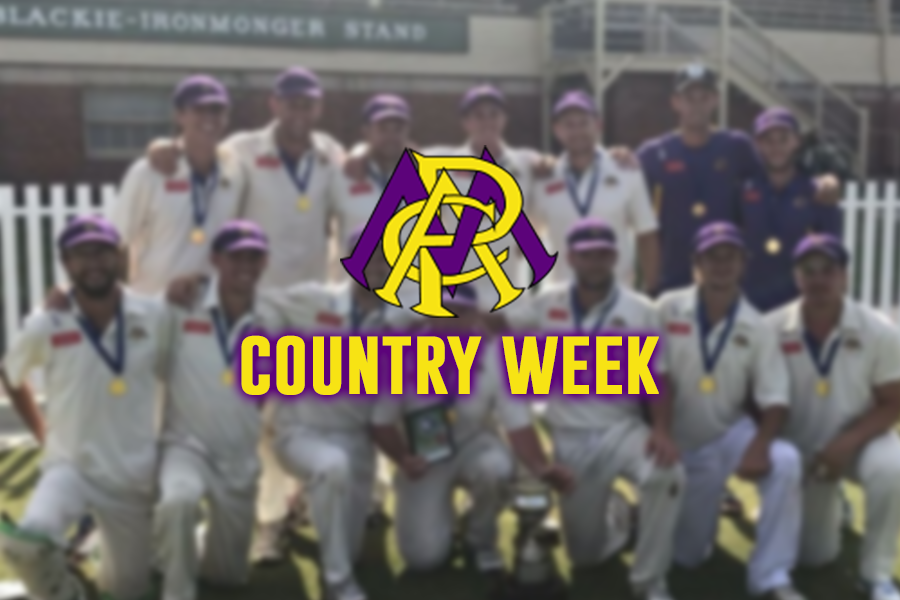 The MPCA will boast a strong and youthful team when it competes in the 2020 Melbourne Country Week commencing on the 17th of February.

Captain Bobby Wilson (Sorrento) will again be leading the squad in the Provincial Division as part of the VCCL. The purple caps will be looking to go one better than last year’s loss to Geelong CA in the Grand Final.

“It’s been tough this year with only a couple of training sessions and the one hit-out against Frankston (Peninsula) where we only had 9 guys available from the squad,” Wilson says to GameFace.

The MPCA put on a good show against The Heat on Australia Day in a tight contest which saw Frankston Peninsula take the win over MPCA with 2 balls to spare.

“It was good to have a look at some players who I don’t see week in week out against quality opposition,” Wilson says.

One of the top performers was Levi McLoughlin-Dore (Frankston YCW) who took three wickets and made 41 not out off 34 balls.

“Levi was great, he showed he can score late in the innings, bowled well in a tough spot in the powerplay, and is good in the field,”

Levi is the youngest selected and joins experienced Pines quick Jackson Mockett, and Langwarrin star Matt Prosser – as the three players in the team representing the MPCA at Country Week for the first time.

The skipper is looking forward to the team this year and is happy with the team selected.

“We look for guys suited to the one day game – and bowlers who can bowl consistently to simple plans, as it can be hard to defend teams on the quicker grounds we play on,” he says.

“It’s a well-balanced team, a little younger than previous years but will be exciting to see how these guys go,”

It was highlighted the Dylan O’Malley (POB) will be a key piece at the top of the order for the MPCA.

The squad has one final training session on Wednesday the 12th of February at Frankston and will begin the championships on Monday the 17th.